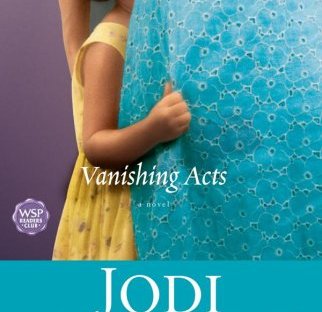 “I think it is a matter of love: the more you love a memory, the stronger and stranger it is.”

“You don’t miss what you don’t care about.”

“There are some dreams that get struck between your teeth when you sleep, so that when you open your mouth to yawn, they fly right out of you.”

“Just because you keep something a secret doesn’t mean it never happened, no how much you want that to be true.”

“In my shoes, how do you know you wouldn’t have done the same thing.”

” You never forget your first fall.”

“It takes two people to make a lie work: the person who tells it and the one who believes it.”

“We say it all the time – how we’d give up anything for someone we love, but I wonder, when push comes to shove, who’d truly step up to the line.”

“Let me tell you what happens when you cook down the syrup of loss over the open fire of sorry: it solidifies into something else. Not grief, like you’d expect, or even regret. No, it gets which as paste, black as ash; yet it isn’t until you dip your finger in and feel that sharp taste dissolving that you realize this is anger in its purest form, unrefined; a substance to be weighed and measured and spread.”

“You think you know the world you are living in. If you can feel it, and touch it, and smell it, and taste it, then it must be so. You tell yourself that you would bet your life on the simple fact that the sky is blue. And then one day someone comes along and informs you that you’re wrong. Blue, you insist. Blue as the ocean. Blue as a whale. But that person shakes his head and everyone else backs him up. You poor girl, the say. All of those things – the ocean, the whale – they’re green. You’ve gotten them mixed up. You’ve had it wrong all along.”

“You can fool yourself, you know. You’d think it’s impossible but it turns out it’s the easiest thing of all.”

“You can love a person and still hate the decisions they’ve made, can’t you?”

“If you choose to go looking for something, you’d better be ready for whatever you find. Because it may not be what you’ve been expecting.”

“An honest confession can slice the hardest heart in two.”

“Sometimes it is necessary to reteach a thing its loveliness.”

“Maybe fate isn’t the pond you swim in but the fisherman floating on top of it, letting you run the line wild until you are weary enough to be reeled back in.”

“Maybe knowing where you belong is not equal to knowing who you are.”

“What I don’t say is probably more important than what I do.”

“Last night I dreamt of running on the surface of the moon, where everything weighs less, even doubt.”

So, what can you do or say to make me forget how you forgot about me.”

“Eventually, after you die, you’ll get back whatever it is that was broken.”

“I’d like to think that we can be a hundred different people in one lifetime. Maybe once you change, there’s a piece that stays that way forever. Until eventually, you cannot remember who you were in the first place.”

“You make yourself strong because it’s expected of you. You become confident because someone besides you is unsure. You turn into the person others need you to be.”

“When he is bruised, I’m the one who aches.”

“There’s a part of me that knows no matter what, it won’t be the same. Because when he smiles, I will look away before it is contagious. When we sit beside each other, I will make sure that our shoulders do not brush. When we speak, there will be spaces between our words just the shape and size of that damn kiss.”

“I feel like I’m on a window ledge, dizzy and certain that every move I make will be the wrong one.”

“Given the chance, we don’t have to wait for someone to make messes of our lives. We do a good enough job ourselves.”

“A liar should have a good memory.”

“The world is only as big as you know.”

“We sit for a few moments, although there’s really nothing left to say. This is new to me, too, an entire conversation that takes place in silence because the heart has it’s own language.”

“It turns out that if you want something to be true badly enough, you can rewrite it that way, in your head. You can even start to believe it.”

“What if it turns out that life isn’t defined by who you belong to or where you came from, by what you wished for or when you’ve lost, but instead by the moments you spend getting from each of these places to the next.”