I realized way before my husband and I got a positive line that once we had a child, traveling would be much more difficult and trips would be put on hold.

That reality hit pretty hard after our 12 week ultrasound when we got a Save the Date postcard from a childhood friend. She is getting married…<wait for it>…in GERMANY…6 weeks after the baby’s due date. UGGH. And this isn’t a wedding where they looked at an atlas and picked Germany on a whim. No-sir-ree. The groom is German and they are getting married in a picturesque Bavarian village with all its wonderful traditions. 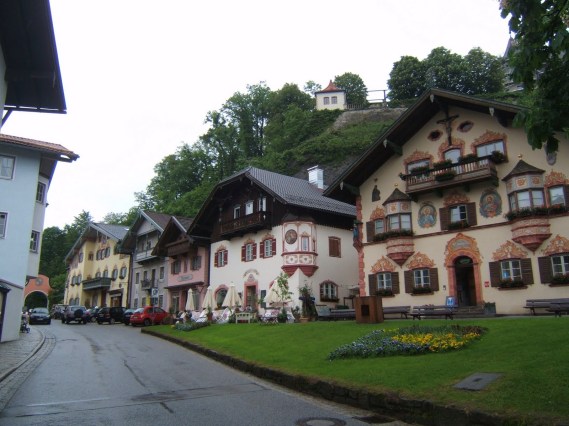 Picture it…5am…the townspeople (yes they call themselves that) and the wedding guests go to the bride and grooms houses to wake them up. WITH A CANNON! They then proceed to go inside and enjoy brats and beer for breakfast. The festivities don’t stop until 12am!

Needless to say, with a newborn, we will have to sit this one out. But for a brief moment (ok it was a week), I contemplated the logistics.

A doctor should see your baby:

Vaccines are usually given:

Ultimately, the choice is up to you and the child’s pediatrician. Newborns are highly susceptible to infection and being on a crowded plane or abroad could increase their risks.

Every U.S. citizen traveling abroad needs a passport. Newborns – and their ever changing looks – are no exception. Applying for a newborn passport isn’t much different than applying for one as an adult. There are some things you need to know beforehand: 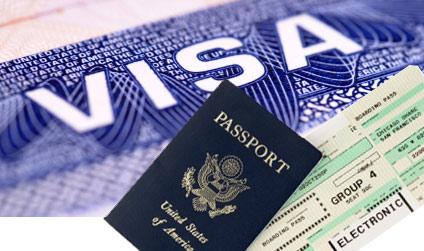 Order a copy of your baby’s birth certificate from your state’s vital records office, as you cannot use the commemorative certificate from the hospital. Make sure the birth certificate has both parents’ names on it. If your baby is a citizen but was not born on American soil, you should also provide appropriate documentation, such as a Consular Report of Birth Abroad. Only U.S. citizens are eligible for U.S. passports.

Step 2Have a photo taken of your child from the shoulders up. Get two copies of it, and have it trimmed to passport size (2 inches by 2 inches). As newborns cannot sit unassisted, you can hold your baby in the photo. However, you must be cropped out in the final picture.
Step 3Bring the documentation, the photos, the baby and the other parent (both parents need government-issued photo IDs) to the passport acceptance facility. If you have sole custody of the child, you must be able to explain why to the passport agent or present a custody agreement. If you’re not a single parent but the other parent can’t be present, get the other parent to sign Form DS-3053, have it notarized and bring it with you. The other parent must have a good reason for not coming with you, such as being stationed overseas.
Step 4Enter your child’s information on the passport application, which you can get at the facility or download from the State Department’s website in advance, and give the agent all documents and photos mentioned above, plus the passport fee. The State Department will mail your child’s passport to the address you provide.

Tips for the Flight

When making reservations, request an aisle seat as close to the front of the plane as possible. Aisle seats give you better mobility in case you have to get up and walk around to soothe your baby, and quicker access to your seat when boarding and de-planing. Tell the agent that you are traveling with a newborn, and request that, if possible, the seat next to you be left empty. Unless the flight is sold out, airlines will usually accommodate this request. If you are unable to pre-book a desirable seat, upon check-in ask the agent at the gate if a more suitable seat is available. Some parents have told me they prefer seats in the back rows, especially during long flights, since they have easier access to the bathrooms in the rear of the plane. On a flight that’s only an hour and a half long, however, easy bathroom access need not be a major concern. And, in my experience as a frequent flier, I have found that the noise level is highest toward the rear of some planes, a concern for sensitive little ears.

Get your child used to a sling-type baby carrier, the most versatile carrier for traveling with a tiny baby. Slings enable you to carry baby in a variety of comfortable positions and to nurse discreetly. Also, sling carriers allow newborns to be covered up, which discourages strangers from bending over and touching them. Just before you board the plane, put your baby in the carrier and pace a while to lull her to sleep. Newborns are often easier to travel with than older babies because they sleep a lot. Chances are your child will sleep through the entire flight.

Just before you board the plane, feed your baby and be sure to burp her well. In some aircraft, the lower atmospheric pressure at cruising altitudes can expand the air in the intestines. Eating and sucking can add more air to already bloated intestines, causing colicky, abdominal pain. If you do need to feed your baby during the flight, offer smaller, more frequent feedings, and burp well

You may have heard that it’s best to awaken and feed your baby upon takeoff and landing in order to relax her ears. The theory behind this advice is that changes in cabin pressure can cause unequal pressure on the eardrum, producing pain. If your baby’s eustachian tubes are popped open, as they are during feeding or crying (or, in adults, yawning and chewing), the pressure will be equalized and the eardrums will relax. Also, there is a belief that eustachian tubes may not normally adjust to changing pressure during sleep. In reality, ear pain is seldom a problem upon takeoff, though it may be a problem upon landing. In any case, seasoned travelers with infants have found that it’s usually best to let a baby sleep during takeoff and landing rather than upsetting her by waking her.

Tiny air passages and dry cabin air are not a comfortable mix. Take along some over-the-counter saltwater nasal spray for your baby. A couple times during the flight, gently spritz a spray into each nostril.

Have you traveled abroad with your newborn? Is so, how did it go?

One thought on “Traveling With A Newborn”