(For a backstory on the Crate&Kids series, click here!)

Geelong is Victoria’s second largest city, located on Corio Bay, and within a short drive to popular beaches on the Bellarine Peninsula. Although kangaroos aren’t jumping down the street in Geelong, you can visit nature parks nearby to see them. Be aware, you should always maintain a safe distance and never attempt to feed them!!

Ooomph, buckle up east coasters.  It’s going to take you about 24hrs to fly into Melbourne with one layover – typically at LAX.  For you west coasters, the average flight time is 16hrs direct. To my European friends, you’re still looking at 24 hours with layover typically in Singapore or Abu Dhabi. Regardless of your geographic location, assume it’s going to take awhile.

Getting to Geelong from Melbourne:

Be sure to hit an ATM to withdraw money before leaving the airport. The currency is in Australian dollars (AUD). Fun fact, Australia does not have pennies.

There are so many options to get to Geelong from Melbourne in relatively a short amount of time.

Car – Geelong is just over an hour’s drive from Melbourne. Travel via the Princes Highway over the West Gate Bridge into the city of Geelong. From here you can venture out into the Bellarine Peninsula.

Taxi – a cab from the airport will cost you roughly $160 USD. They can be found outside the airport.

Fly – depending on where you’re flying from, you can book a flight into Avalon airport which is 20 minutes outside of Geelong.

Train – if you’re staying in Melbourne for a few days, there are V/line trains in town that can get you to Geelong in less than an hour and a half.

Buses – they have charters for $62 round trip that can take you right from the airport to Geelong through Gull Airport Shuttles.

Ferry – Searoad Ferries connect Queenscliff and The Bellarine with the Mornington Peninsula, the Eastern suburbs of Melbourne and Phillip Island. Park your car below deck, enjoy a coffee and spectacular views, perhaps encounter dolphins and relax knowing you’ve avoided a tussle with Melbourne city traffic. The 40 minute crossing departs every hour, every day. The cost: Foot passengers adult $8, 5-15 years $6, under 5 years $1, foot passenger’s bicycle $2, tandem $3; passengers with vehicle adult $4, 5-15 years $2, under 5 years $1; vehicle rates vary with season – car up to 5.5 m between $38 and $45. 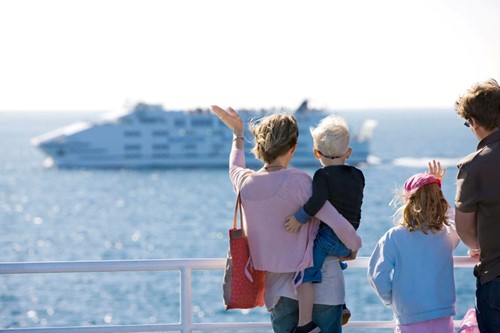 Car – Parking can be scarce during work hours, however they have car parks for a fee which will be your best bet. Outside the city center and waterfront areas, parking is free. 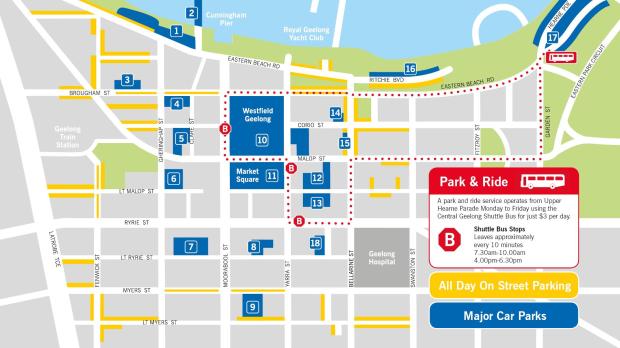 Bus – Geelong’s bus network is operated by two separate companies, McHarry’s and CDC Geelong. Myki cards are used on these services and the entire urban area lies within the zone 4 fare region. See map above for dotted bus route.

Train – The Geelong railway line runs frequently enough that it’s an easy way to travel about the city. However, not all of the Geelong stations are within walking distance so bus connections will be required. Myki cards are used for the train as well.

Taxi – There are two traditional taxi companies directly serving Geelong; 13CABS and Geelong Taxi Network. As taxi services are regulated, they both provide identical fares and similar service. They can be hailed on the street or from a taxi rank (usually by major shopping centers and train stations) or booked over the phone or via smartphone app. Uber is also available in Geelong.

See a Kangaroo – this is the point of our visit right? Cardinia Reservoir Park is 1.5 hours away and to the east of Melbourne. 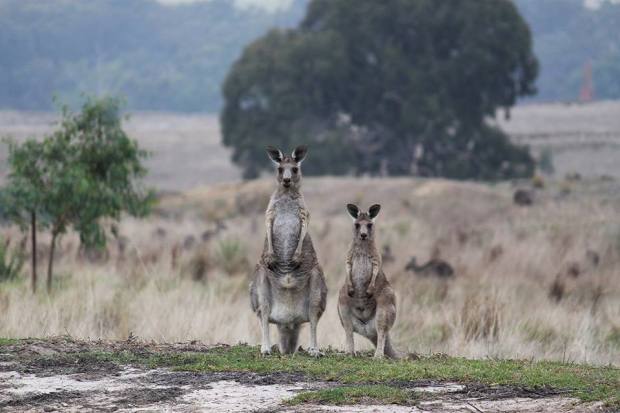 It is is home to several groups of wild kangaroos. Walk along the Kangaroo Viewing Trail adjacent to the reservoir wall, starting at the Spillway Carpark. The trail heads downhill to Crystal Brook Picnic Area, with information along the trail so that you can learn more about this Australian icon. Remember to keep your distance!! There are on average 30 animal related deaths each year in Australia, with the kangaroo as the fourth most deadly.

Serendip Sanctuary. – just a half hour south of Geelong is this sanctuary known for Kangaroo spotting.

Werribee Open Range Zoo –  is 45 minutes away where you not only can see kangaroos but other fascinating creatures listed here.

Adventure Park – now this looks like a lot of fun. 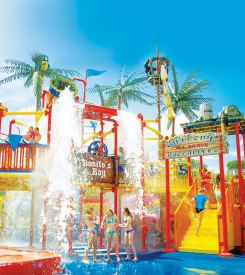 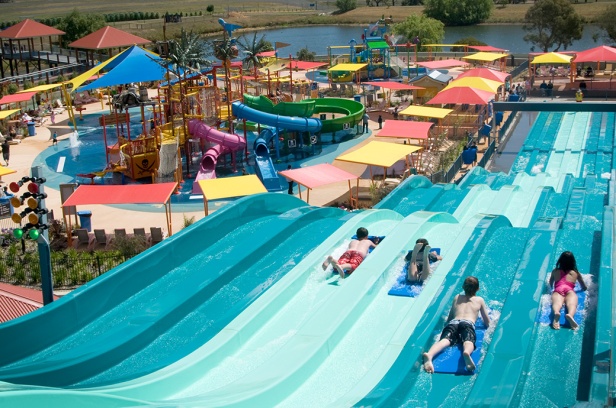 The park offers many rides and attractions such as water slides, water playgrounds, action rides as well as family rides. The park was the first water park in Victoria, though has since also installed dry theme park attractions. The park doesn’t open until November and prices are as follows:

Fairytale Park – if you’re looking for an enchanting afternoon, head here! The park is located at Anakie, just 30 minutes from Geelong. 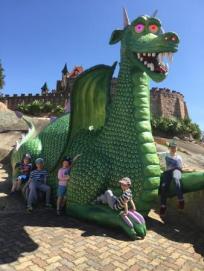 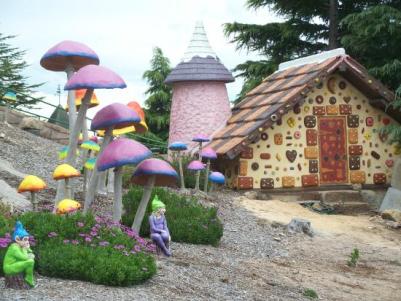 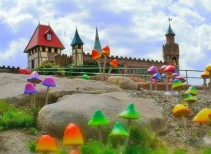 Eastern Beach Reserve is located on the City’s waterfront, and is scattered with the renowned Bay walk Bollards.

The scenic reserve is home to a vast array of amenities including picnic facilities, playgrounds and a shark proof sea bath which is surrounded by the historical Art deco style boardwalk.  Built during the 1930s the sea bath encompasses several floating islands with play opportunities, and is dominated by a large diving tower. The picturesque reserve is patrolled by lifeguards during the summer months and is an essential location for the whole family to visit when in Geelong.