I have already covered the first leg of the trip, China, and now it’s time for Malaysia. I was only here for two days. My boss and I stayed at the Shangri La in Kuala Lumpur. Let me just say, I love their pillows. They even sell them in the gift shop for quite a bit of money! I was at this hotel for two nights and loved every minute of it. It was a well decorated hotel and the staff was very friendly. I was there for business and didn’t get to do much sightseeing but the hotel was in a nice area. The room service was delicious. I also ate At one of the restaurants for dinner and that was good too. I would highly recommend this hotel – even if it’s just for the pillows!!!

It was hot and humid in KL – a vast difference from China where it had fall-like weather. It was was nice waking up in a relatively smog-free country.

I’ll be honest, we didn’t get a chance to see much of KL given the amount of business we had there. I only saw the Petronas Towers from afar.  We were warned that petty crime was pretty high so hold on to your handbags.

We had a very strange incident on our way to a client that kept me at the hotel at night. My boss and I were being driven to a meeting when the car got a flat tire while we were driving on a busy highway. The driver continued driving on it! He finally pulled over and in an effort to replace the tire he accidentally cut the brake cords. We had complete strangers pull over their motorcycles to help. A very nice gesture but things got scary rather quickly. 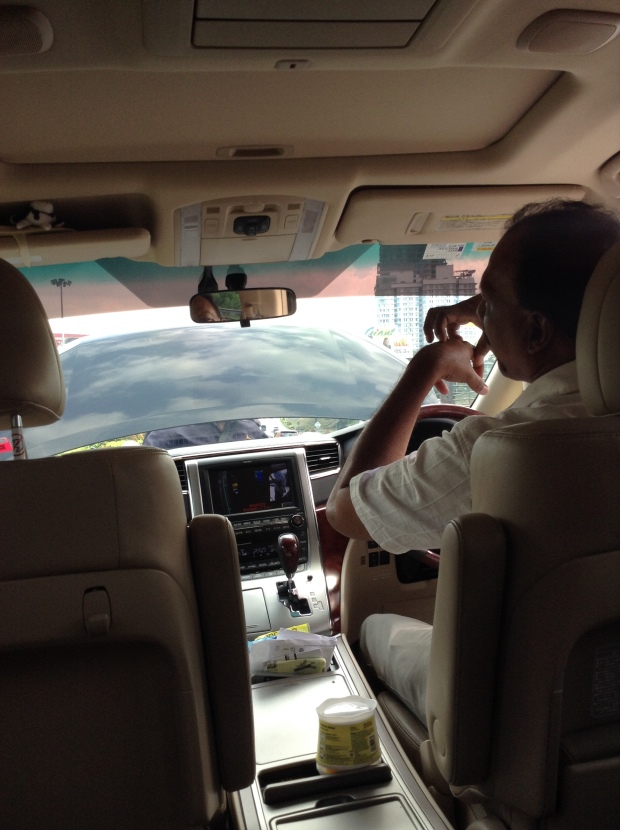 When no one could fix the car, the driver went to call someone (I would like to think a KL form of AAA!) But the men who stopped to help wanted payment for their services. Things got so heated that the driver got back in the car and began driving the car…with a flat tire..and no front brakes. The men began following us on their bikes and surrounded the car.We got ourselves to a gas station and thankfully another car was waiting for us. We jumped inside and took off quickly. So, although the hotel was wonderful and the business we had there was nice, I didn’t have the best experience in KL. I do wish I had more time to sight see but we were off to Singapore.