After visiting Maui and Kauai during our honeymoon, our last stop was The Big Island. Coming from Kauai which was so lush and green to Kona is kind of a shock. The landscape is completely different. Given the active volcano on the island, there are lava rocks everywhere.

It took us roughly 25 minutes to get from the Kona Airport to our hotel, Waikoloa Beach Marriott Resort & Spa.The hotel was nice – not my favorite. It was on the quieter side and although picturesque, I didn’t feel like it had the wow factor. 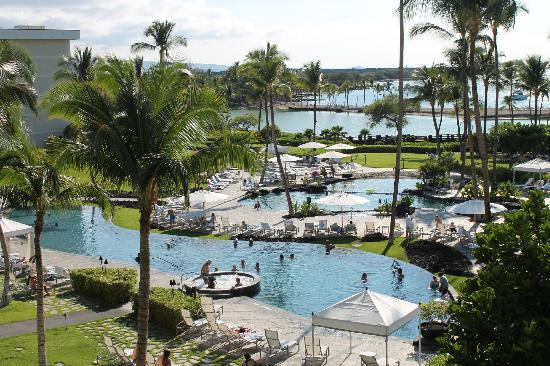 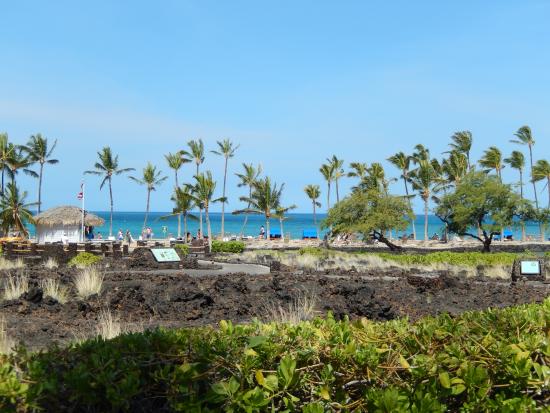 Ok, those pictures make it look like it has the wow factor but the restaurants were just so so, the room had a mediocre view and the beach was quite a distance away from the hotel itself.

We only had two days on the island and the first day was spent snorkeling on the beach. The hotels beach was more like a bay. The water was so calm and clear. 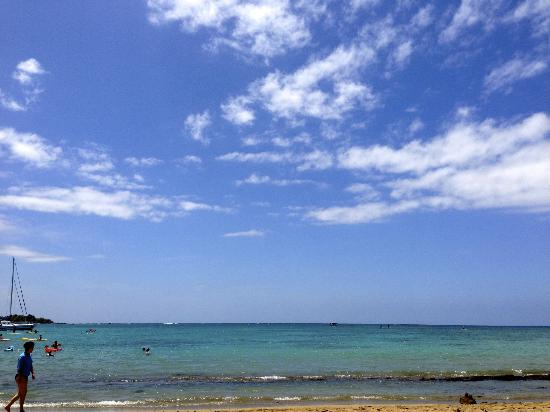 If you are on the hunt to see a sea turtle, this is the place for you. I saw several – one of which was so large I refused to go back in the water for the rest of the day! Everyone was coming on the shore asking if we saw the size of that turtle! It was hard to miss! It must have been over a hundred years old. All I kept thinking was, “If this turtle dies and falls on me then I have very little hope of getting out from underneath him.”

We decided to tour a coffee plantation on our last day. The hotel recommended Hula Daddy Kona Coffee. It was a nice establishment and they offered a great tour with tastings throughout. The coffee can make great gifts for family and friends. Although it’s expensive, my brother-in-law dubbed it “Liquid Gold”. That’s how delicious it is compared to your run of the mill grocery store brand.

We had just missed the last tour of the day but no worries. We sat on the patio and had a sampler and a tasty lunch!

Kona was my husbands favorite island. I wish we had more time to spend on the Big Island. I would have loved to see Hawaiʻi Volcanoes National Park. If given the chance, that would be my first stop! Aloha!

3 thoughts on “The Big Island, Hawaii”